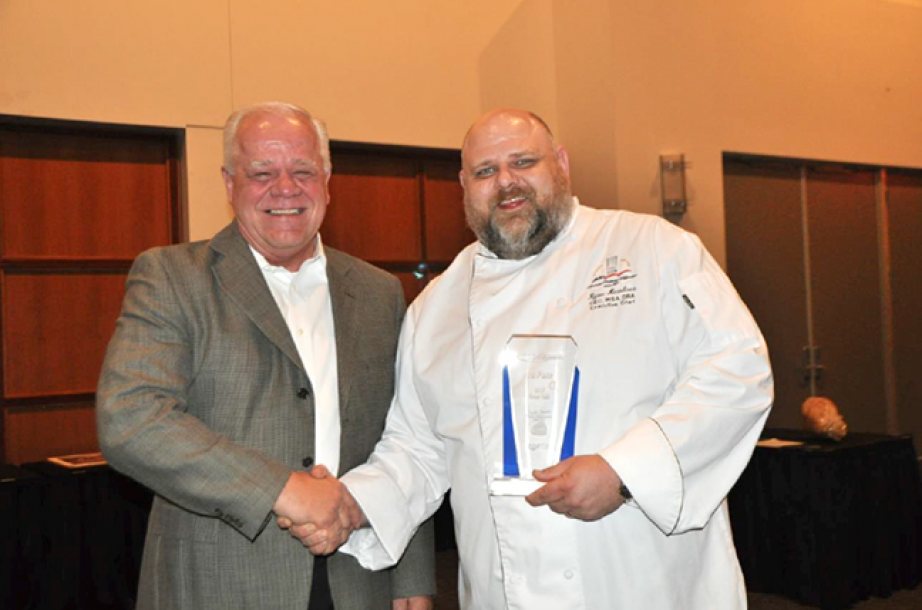 “I have been judging the South Dakota Taste of Elegance for many years now. There were chef’s from past contests and new chef’s. This was by far the most innovated and thought out dishes that I have seen at this event. Great use of ingredients that were trendy, fresh and a pleasure to judge and eat.” stated Celebrated Chef Charlie Torgerson, Executive Chef/Owner/Consultant of Charlie T’s Foods, L.L.C.; St. Paul MN

“As a Chef judge I am always excited to see what the South Dakota chef show case and as usual they all brought there “A” game. Well done CHEFS! 8 different cuts of pork in one dish and they all work together, “pork noodles” Way Good! I renamed the dish to “Bowl of Pig” outstanding. So many of the chefs, spot on cooking technique and very well flavored pork, a real joy to eat.”, stated Celebrated Chef Tim McCarty, Executive Chef at Morrison, Mayo Foundation House; Rochester, MN

Hembree received an engraved crystal award, $1,000, and will attend the Pork Summit that will be held in St. Helena, California in the Napa Valley at the Culinary Institute of America’s Greystone Campus. He will have the opportunity to spend the weekend with Celebrity Chefs and Celebrated Chefs. They’ll experience butchering and cooking demonstrations and work alongside the Celebrated Chefs in Greystone’s world famous teaching kitchens. The Pork Summit will be held on April 6 – 9, 2017.